We know, it's Friday. The last place you want to be is behind your desk, your smelly boss breathing over your neck about that report you have no interest in finishing before you leave. We totally get it, because OUR smelly boss is standing over OUR shoulder, making us work every second up until 5pm. So let's talk about some people who don't have to work crappy jobs with smelly bosses.

Romeo was stuck in the rubble, a victim of the Italy earthquake. But did he give up? Heck no! A ninja has to stay calm in tense situations, and save energy for when it's needed. Romeo barked for 9 days until officials found and freed him, and he was back with his owners with nary a scratch. What we want to know is what he ate while he was stuck in there for over a week. On second thought, we DON'T want to know...

Actor Tom Holland, also know as the new Spider-Man, is secretly a ninja in disguise. Tom, guided by his trainer, completed a sweet ass flip and spin while training to be what we think will be the best web-slinger ever. And he makes it look easy! I mean, we could totally do that move. If, you know, we ever put the box of donuts down. 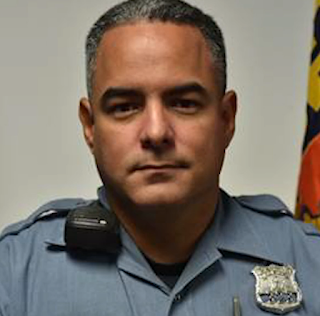 Police officer Victor Ortiz risked his own life to save someone else's. Officer Ortiz pulled a man off of the New Jersey Transit train tracks RIGHT BEFORE the train came barreling through. Not only did he save the other man's life, he put his own in danger - he could have easily been pulled under the train himself! Officer Ortiz is a true hero, and ninja AF.

Linda Buney became to first indigenous woman to join the Australian House of Representatives this week. She was sworn in Wednesday. "If I can stand in this place, so can [other Aboriginal Islanders] — never let anyone tell you, you are limited by anything." A ninja not only stands up for what's right, they don't let anything keep them from their goals. We can't think of a better example than Linda. 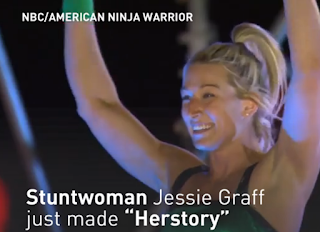 It's not enough that stuntwoman Jessie Graff is the stunt double for freaking Supergirl herself, Melissa Benoist, she's now the first female contestant to complete the Stage 1 obstacle course of the finals of American Ninja Warrior! I'm not sure that words can do her amazing performance justice, you just have to watch the video. She might be the baddest ass ninja we've ever had the privilege of covering on our site. Congratulations, Jessie!!

That's it for this week. Hopefully we killed enough time that your boss went to the bathroom and you can sneak out. Have a great holiday weekend, see you next week!!
Posted by Alliecine at 5:04 PM