It’s Friday! Which means we’re highlighting our Ninjas of the Week. Ninjas come in all shapes and sizes and this week is no different.

This week on Game of Thrones [spoiler if you haven’t yet watched ‘Blood of my Blood’ which aired on May 29, 2016!] someone snuck back into the fold to save the day. And I think there are more days of saving the day ahead of him. Benjen Stark is back and somewhat transformed (into what we’re not exactly sure). He survived a White Walker Blade by way of a blade of Dragon Glass - huh?! After cheating death, he was able to whisk Bran to safety just as the White Walkers closed in. Bran may have lost Hodor (and we’re still upset about it!) but he gained a Ninja. Benjen the Ninja.

This week, as if by flying ninja kick, Uber announced that they raised the largest sum of funding ever raised in a single round by a U.S. company. $3.5 billion! The funds come from Saudi Arabia’s sovereign wealth fund. We’d like to call this 3.5 billion – Uber Ninja Bucks.

Newspaper publishing is one of the oldest forms of media in this country and like any aging body you have to keep yourself young, healthy and relatable. This week Tribune Publishing changed their name to tronc. They’re hoping their new approach will help them stay relevant with the changing times. Many people on Twitter were ROTFLing about the change but we here at Office Ninja give them props for trying something new. Ninjas need to stay in shape and that’s what tronc is attempting.

When a bully is out there spouting off about things and making points they can’t back up, you need a Ninja to hit them where it hurts to keep them in line. That’s what CNN is doing. When Trump flip-flops, CNN karate chops with fact checking right there in the lower thirds during their broadcast (oh yes they did). 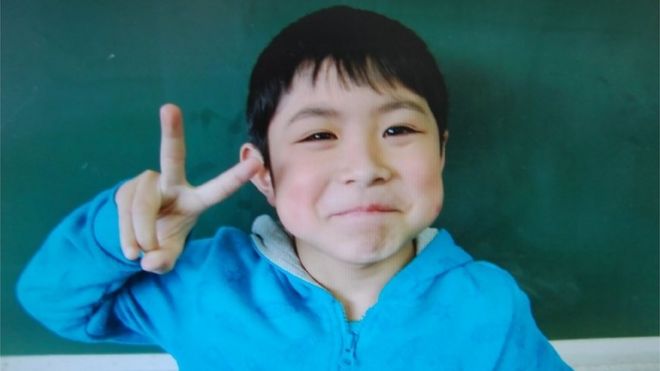 In Japan a 7-year-old boy, Yamato Tanooka, survived for almost a week in the forest by himself after his parents dropped him off to – wait for it - teach him a lesson. Well, joke’s on you, mom and dad! This kid is a ninja - he survived brilliantly and as officials stated he "displayed resourcefulness and resilience." Don’t worry, Yamato Tanooka, the world has your back if you need us but it sounds like you’ve got it all figured out. That’s why you’re our Ninja of the Week!

Now enjoy your weekend and hey, why not pop over to Amazon and stream yourself some Office Ninja? I promise you'll get some laughs and you might just be inspired to take on the world like the ninja that you are.

Posted by Alliecine at 3:01 PM