It's been a hard week for this country but the bravery and heroism shines through even at the darkest of times. When things seem grim just ask yourself, What Would Ninja Do? Well, here's what some of the top Ninjas of the Week did: 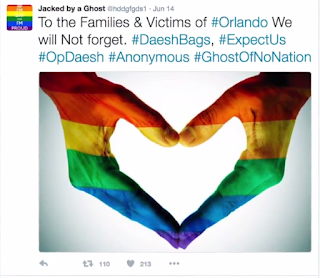 When terrorist organizations spout hate and violence across the interwebs there are internet ninjas that sneak in and cut that shit out... and this week in the form of Gay Pride. In the wake of the Orlando Pulse Shooting hacker WauchulaGhost is the rainbow after the storm. Literally. Go get 'em WauchulaGhost. We applaud you. 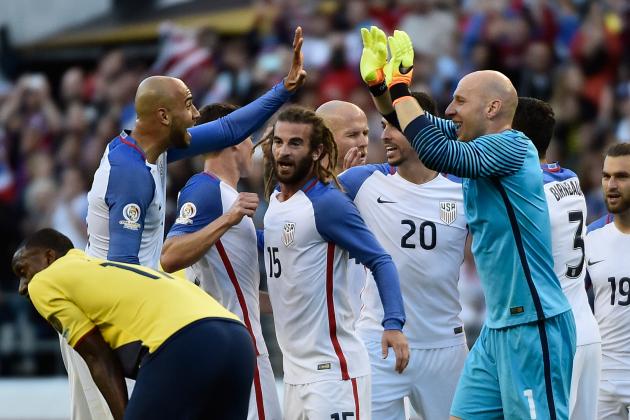 For the first time since 2009 the Men's National Soccer Team won a spot in the semifinals of the Copa America Centenario tournament. It wasn't an easy game - yellow cards and red cards were flying around but they got the ball in the net - twice. When the final whistle blew, the US team could claim victory. These ninjas are on to the next round! We've seen her beaten, bruised, nameless, and blind but she finally turned the tables and exacted revenge and - SPOILER - Arya killed the Waif. And all after a nail-biting chase through the streets of Bravos. She's got a long list of names after this one but we're all very excited that Arya Stark finally fought back. We're looking forward to many more duels in her future.

I am proud to announce that after 14+ hours on the floor, we will have a vote on closing the terror gap & universal background checks
— Chris Murphy (@ChrisMurphyCT) June 16, 2016

When you hear the calls from your constituents and they are fed up, you spring to action. That's what Senator Chris Murphy of Conneticut did this week on the Senate Floor. And he held that floor. For almost 15 hours. This filibuster will go down in US history as the 8th longest filibuster and the issue: Gun Reform. Loopholes beware, Senator Murphy is after you and you can't hide! 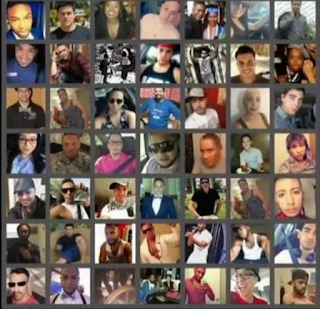 Our Ninjas of the Week are the 102 brave and innocent men and women who fell victim to a horrendous hate crime at Pulse in Orlando. May we never forget the victims of this tragedy. We send our strength to their friends and families, and the first responders, doctors, nurses, and personnel who fought for days to save as many lives as possible.
Posted by Alliecine at 6:00 PM