It’s time to celebrate some honorary ninjas! The following individuals went above and beyond to show their ninja skills and apply them to everyday life. They should be applauded – mostly because you don’t want a ninja to be angry at you.

Let’s start with an ACTUAL ninja – Elektra from the hit show Daredevil. She’s the epitome of an ninja – stealthy, sexy, deadly – and played by Elodie Yung. We’re excited to see her take on Daredevil and Punisher in the new season.  And make sure to stay away from her sai’s!! 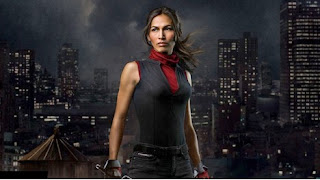 One of the most important skills a ninja has is their ability to sneak up on people. I mean, how are you going to subdue someone quietly if you sound like a bull in a china shop? P-22 is a tagged mountain lion who lives in Griffith Park in Los Angeles, and his stealth skills are on point. He snuck into the LA Zoo this week in the middle of the night and ate a koala! 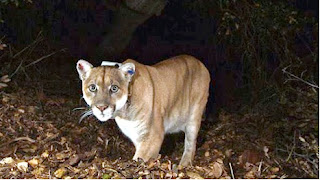 One ninja ability that’s often overlooked is climbing the side of a wall. It’s not an easy thing to master, and often results in waking up unconscious in the bushes, discovered by the neighbors. Then you’re embarrassed, you have to slink back home and admit defeat – it’s just bad for all involved. One ninja who’s mastered the wall climb? California Angels Centerfielder Mike Trout.

Then there’s this guy. He’s quick, we’ll give him that. And he’s stealthy – kind of. But there’s something about him that’s raising our collective eyebrows. I think he needs a little more practice at being a ninja, but we’ll add him to the list this week as a show of support.
Or pity. Yeah, it’s definitely pity. 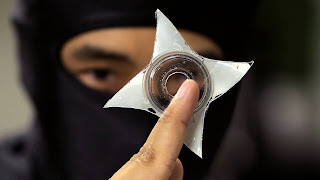 GLENN FROM THE WALKING DEAD

If you’re a ninja, there are probably two things you’re good at – sneaking up on people and taking them out. Glenn on The Walking Dead has been good at the first thing since the pilot episode, but until last week’s episode he’d never done the second. After his hard-to-watch scenes with The Saviors, we’d like to award Glenn the honor of being our Ninja of the Week. 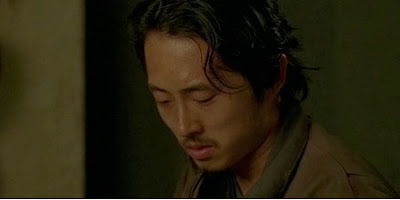 That’s it for this week! Remember, ninjas-in-training, to work hard, stay vigilant, and try to cut back on the pizza. It’s hard to be stealthy when you’re covered in pizza grease.
Posted by Alliecine at 7:48 PM