We here at Office Ninja understand that many of you share our pain of having to work in an office. From the traffic-filled morning commute, to the boring meetings and working lunch hours, getting stuck late doing some inane task for your idiot boss, driving home in even more traffic, only to have time for a frozen burrito before it's time to go to bed so you can get up and do it all over again. 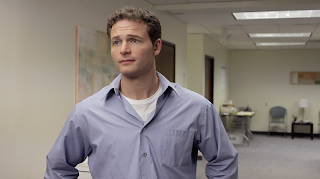 But you're not alone.

We've gathered some of the best tweets from people who are just like you. Our hope is that these tweets will show you that you're not alone.

Or at the very least, it'll kill some time before lunch.

WHOEVER COMES IN MY OFFICE OVER THE WEEKEND AND STEALS ALL MY GOOD PENS I HATE YOU
— Bre Fate (@BreFate) March 28, 2016

THEN WHY ARE YOU STILL WALKING INTO MY OFFICE? LEAVE!
— Dick Brisket (@EmpireOfJeff) March 18, 2016

Guy in my office is proud that he has eaten dog. I hate him, I actually hate him.
— Jessica Butler (@JessicaButlerOx) March 16, 2016

Whoever made the coffee in my office this morning needs to be put down. All four blends taste like dirt and I hate you. ☕️🖕
— Versace Sock Thief (@EliteDrako) March 16, 2016

my office is right by the restroom so ppl will stop by with one foot in the door & have really awkward pre-bathroom chats w me & I hate it
— byemma (@bakamurachan) March 8, 2016

My office is next to a Boys and Girls club. There is nothing I hate more than children’s laughter
— Kyle Taylor (@kftaylor) March 8, 2016

I hate going to work because my sister is my boss, my office is right next to my sister. I hate coming home because I have to see my sister.
— Savanna Goossens (@savgoossens) March 2, 2016

I hate when people show up to my office and I just got out of the shower
— Stefan Urquelle (@OfficeofSteve) February 26, 2016

Wow, so much office-hating! Maybe next week we'll try to inspire office happiness. This week we're just going to start drinking from that whiskey in my desk drawer.
Posted by Alliecine at 2:01 PM